A New Gold Rush in Agadez: When Water Becomes a Luxury for Rural Populations

“Fifteen kilometers was the travel distance to a neighboring village to fetch water. During the dry season, we would have to travel 30 kilometers. Women and children spent most of their day in search of water. This was our daily struggle to get drinking water,” says Adoum Alhousseini, Chief of the pastoral village of Tagaza, in the commune of Tchirozérine, 120 kilometers north of the city of Agadez in Niger.

Located in the heart of the Sahara, the region of Agadez in northern Niger is the largest in the country, covering more than 667,000 square kilometers. 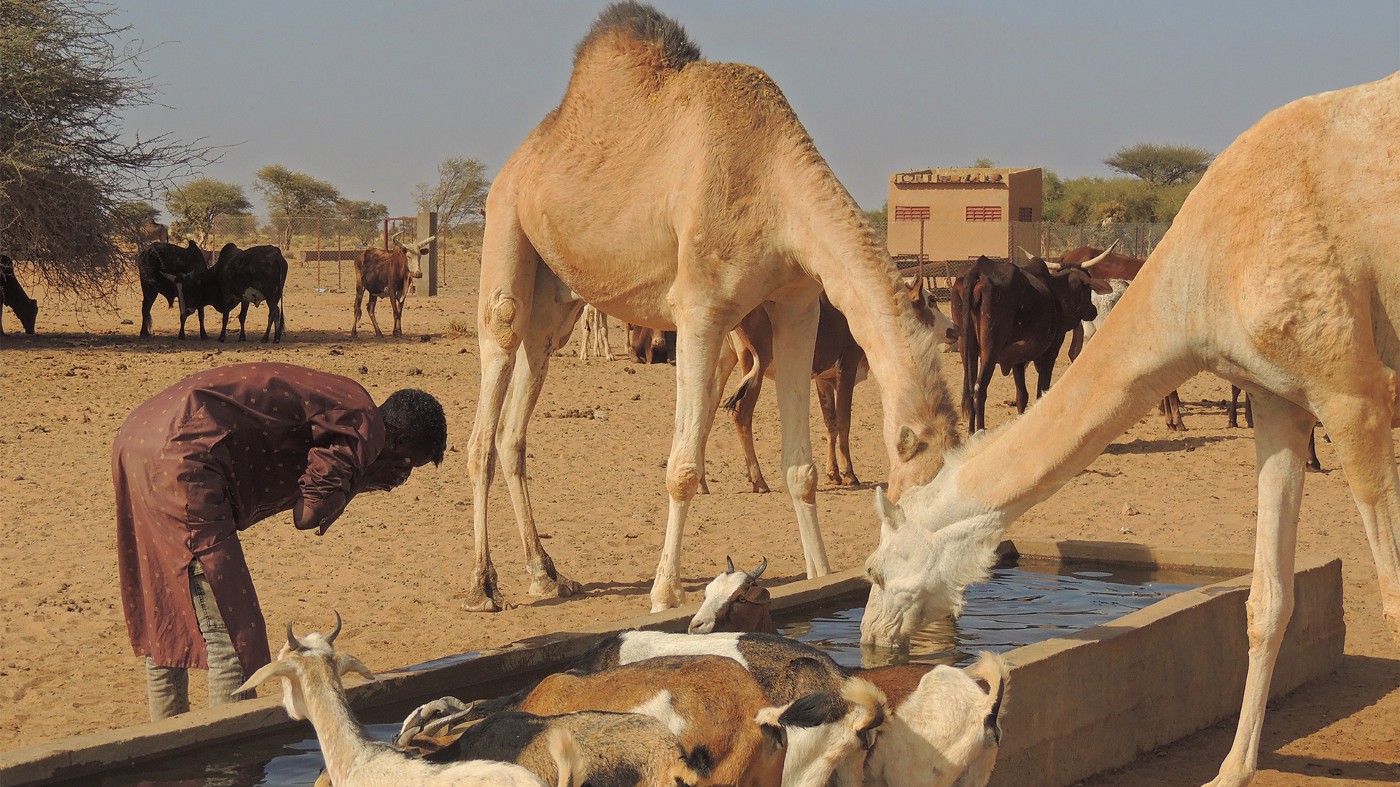 Cattle and camels drink water while a man washes his face. Photo: IOM

According to a recent World Bank report , temperatures in the Sahel are rising 1.5 times faster than in the rest of the world, in Niger, temperatures are predicted to rise by three to six degrees by 2100.

Rural populations are the most affected by climate change and land degradation. In Agadez, an already arid area, water has become a luxury for many communities in its rural parts. A new study by the International Organization for Migration (IOM) in Niger identifies Agadez as where water resources are drying up the fastest as a result of climate change. In the isolated village of Tagaza, access to basic public services, including drinking water, is minimal.

“Our groundwater is very deep, situated under a layer of rock, which makes this water almost impossible to access,” says Alhousseini.

In Tagaza, two boreholes were used to supply safe water to the village and neighboring communities, including their livestock. However, the water points ceased to function over time due to repeated breakdowns. They were forced to look for water in neighboring villages. 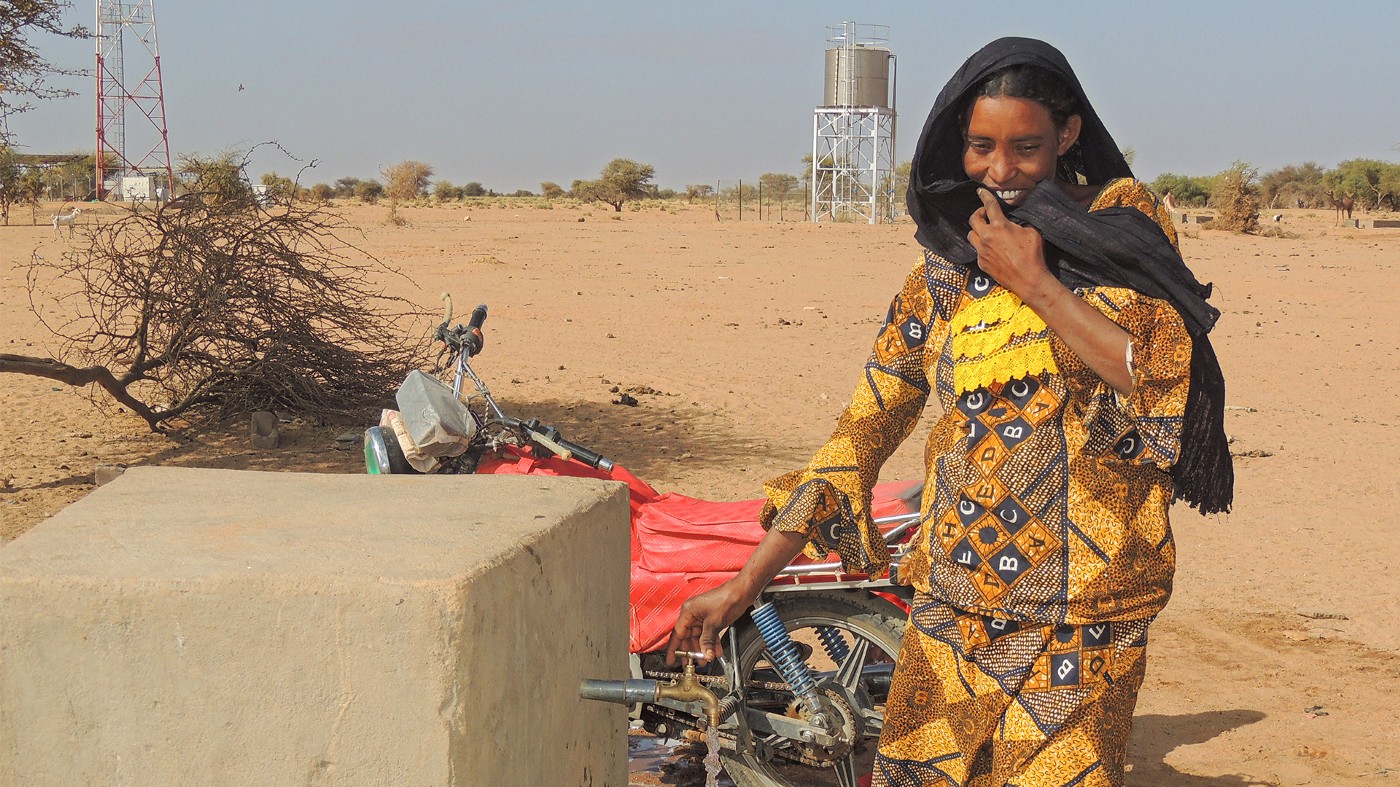 “We didn’t have enough money to drill a new borehole, so we had to travel dozens of kilometers on donkeys to fetch water, sometimes only to discover dried-up wells,” adds Alhousseini.

In addition to the long distance, the communities were drawing water that was not clean and drinkable.

“It took us on average three hours to reach a well, and this once every couple of days. The water was dirty, and my children would get sick so often that they missed many days at school,” said Tata Ibrahim, a woman from the community.

Competition over water has almost led to conflicts between communities and livestock owners in Tagaza. The IOM study also shows that in the Agadez region, the lack of access to drinking water is a major source of conflict.

“As the Chief of the village, I often had to intervene to avoid an escalation into conflict. There were always small clashes between the villagers, especially with the herders who fed their cattle. During the dry season (March through May), the livestock died because of the lack of water, and the production of cow or camel milk decreased considerably. These are huge losses for our communities,” adds Alhousseini. 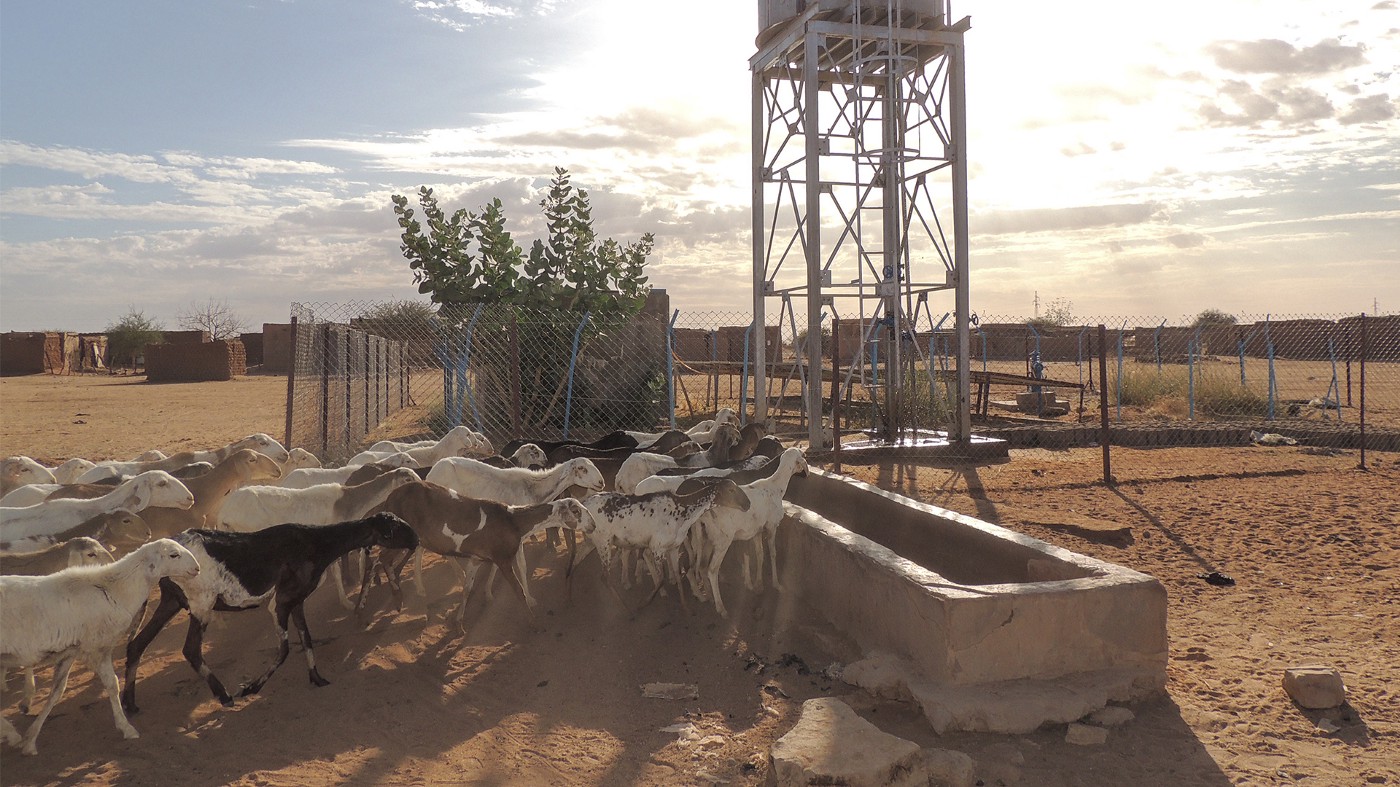 To make it through the dry season, communities prioritized the use of water for the purpose of drinking, neglecting other uses of water.

“People in the village even lacked personal hygiene. We didn’t have enough water to give our children to drink, so how could we use it to shower?” says Moumouna.

In January 2022, upon request from communities via the Mayor of Tchirozerine, IOM, through its community stabilization programme in Agadez, rehabilitated the boreholes of Tagaza. Today, 29 villages of the commune of Tchirozérine fetch water from these boreholes, representing over 8,000 people in total.

When asked how communities feel about the renovation of the boreholes, Alhousseini replies, “It’s like a disabled person who recovers his legs and learns to walk again”. The rehabilitation of the boreholes has also boosted Tagaza’s economy and contributed to women’s empowerment.

“Before, we spent all day fetching water, but now we have time to work. We can generate income, by processing milk into cheese, sewing or even market gardening, an activity we could never imagine doing before,” says Ghissa Hadjijata, a woman from the community.

“Tagaza has become a real crossroad as we supply water to surrounding villages. It is now a place where hundreds of people and animals pass through every day, thus offering a great trading opportunity for inhabitants,” says Alhousseini.

“Our lives have changed completely,” he concludes.

These testimonies illustrate the growing concern about the impact of climate change on land degradation in rural communities. IOM’s Community Stabilization Programmes, funded by the European Union Emergency Trust Fund for Africa, the UN Peacebuilding Fund, and the French Development Agency, have rehabilitated or constructed five boreholes in different locations of the Agadez region between July 2021 and January 2022. These boreholes have enabled more than 14,000 people to access drinking water.

This story was written by Aïssatou Sy, Public Information Officer at IOM Niger