On this rainy day, we meet Ousmane Traore, a young returnee originally from the Tambacounda Region, at the gate of his market garden. Holding a cup of coffee and standing next to a puddle of water where small ducklings were watering, he greeted us with a broad smile that showed great enthusiasm for the upcoming harvest.

Ousmane left home at a very young age and was brought up by one of his uncles. Due to life’s difficulties, he felt an emotional weariness that eventually led him to drop out of school at a very early age.

To avoid ending up in delinquency, he decided to go and find his biological parents, whom he got to know over time: “I had to go back home, where I was born.” As the saying goes, “if you do not know where you come from, then you don’t know where you’re going,” said Ousmane, who also dreamed of migrating to the West.

This led him to start selling shoes to save money and fund his trip to Europe, which started in 2018.

He travelled through Mali, then Algeria, before reaching Morocco. There, he once again engaged in selling food and clothing products from Senegal, such as millet semolina, okra powder, plastic shoes, and loose Senegalese boubous. He thus earned considerable income.

In 2020, he realized that he could make it as an entrepreneur. He therefore decided to return to his country of origin, Senegal, to relaunch his activities which he had previously abandoned. He then contacted the International Organization for Migration office in Morocco, which provided him with support for two months in addition to training in entrepreneurship and product marketing. He then was granted assisted voluntary return through the EU-IOM Joint Initiative for Migrant Protection and Reintegration.

The financial support Ousmane received for this purpose enabled him to start sheep farming. He now breeds sheep which he sells during the Tobaski celebration. This activity is so successful that the income he earns allows him to set up a small market garden not far from his home, as well as a henhouse, employing his family and some of his community members. At the end of each year, the young man saves between four hundred and five hundred thousand francs by growing vegetables and raising chickens.

Today, his activities are successful and allow him to meet his daily needs and those of his family.

“Every day I am pumped up and excited to go to work because I master and love what I do. The training I received helps me a lot,” he says, looking proud.

In 2022, Ousmane was selected to receive support under the project “Consolidation of achievements in reintegration of returnees to Senegal” implemented by IOM in Tambacounda. However, he did not receive this support as he was out of the mobile network coverage area and was unreachable. Ousmane is used to going to very remote areas to buy groundnut straw in large quantities that he resells in other regions of Senegal: a profitable activity that he has been conducting since his return.

He still has plans to expand his business: “Today, my activities are going well. Therefore, I want to be known as one of the best champions of local entrepreneurship and serve as a model to encourage young people to work and make it at home.” 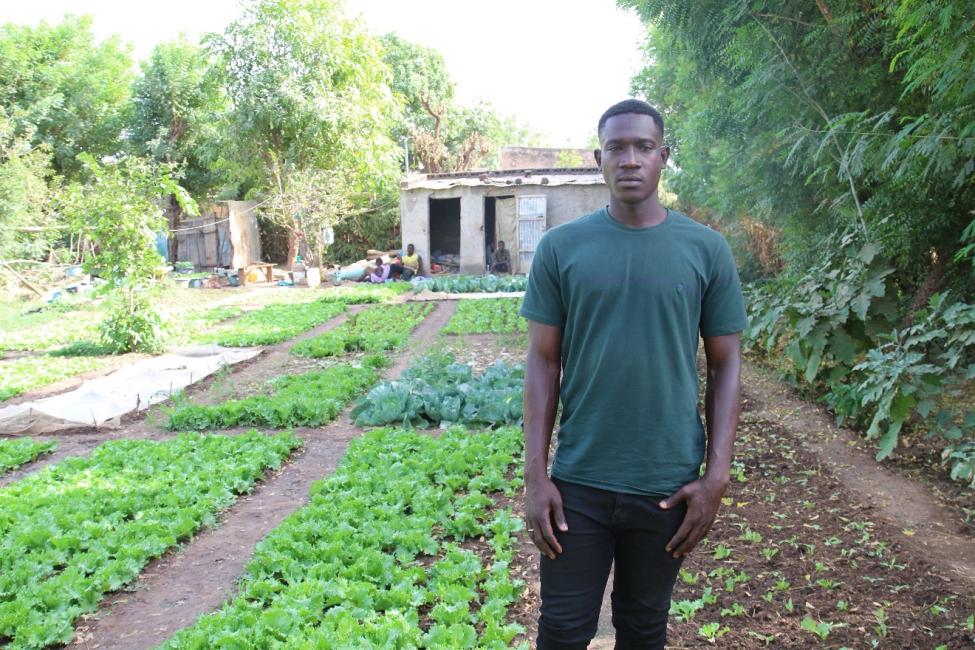