"Lucky to be alive" after adverse experience of irregular migration

Moussa Thioub is a 47-year-old man with great ambitions. We met him at his shop in the Patte d’Oie district of Dakar. He holds a crutch in his right hand to help him stand up; he sports sunglasses and a huge smile on his face.

He considers himself lucky to still be alive. In 2017, in a rush to get to Europe for a better life, he embarked on an irregular journey. It was the attempt to cross the sea to reach Spain that caused him to use a crutch to move.

Like many young people running away from social pressure, aware of the challenges ahead, Moussa collected all his savings and left by land. He took a car from the Senegalese capital to Mali. The journey was made in several stages, traversing the desert to Libya, through Mali, Burkina Faso, and Niger.

Originally from Touba, the country’s second largest city, 200 kilometres away from Dakar, Moussa remembers that there were "many young people of his age who leave to help their families". Before leaving, he worked as a trader selling telephone accessories. This activity enabled him to pay for the journey from Senegal to Libya. This long and perilous journey caused his injury whose after-effects are still visible.

Since his return, Moussa has been leaving Parcelles Assainies in the north-east of Dakar every day to work as a telephone accessory seller in Patte d’Oie, a business he runs with a friend in the market where the latter does money transfers. This shop is near the Nabil Suker Hospital, in a crossroads area located on a busy major road.

As his family is in Touba, he goes there every two weeks to see them. His journey has taught him a lesson, and he says he is lucky to be alive after the adverse experience he had during his migration journey.

“We suffered hardship all the way, but Libya was a real ordeal. The smugglers abused our irregular situation to take all the money at our disposal in addition to oppressing us.” All these stages were marked by physical difficulties, problems with the smugglers and lack of money. Sometimes Moussa had to ask his parents to send money to continue the journey.

During the attempt to cross the sea, “most of the passengers suffered many forms of mistreatment such as imprisonment, starvation, threats, detention. They had so far held back their anger and been patient to reach their goal but they broke down under the torture of the passers-by. A fight started and I was hit with an iron bar that broke my leg. I came out of this with a serious injury, and IOM was called in for assistance.”

Moussa received extensive treatment thanks to the support of the International Organization for Migration (IOM) in Libya. Indeed, as soon as he was injured, Moussa was fully supported by this organization, which took care of his hospitalization. IOM then funded his accommodation for more than five months in Libya until his return under the EU-IOM Joint Initiative.

“After the incident, I underwent an operation. The doctors placed iron and plaster in my leg. I was immobile for five months, during which IOM took care of my food, clothes, and accommodation. In addition, this organization sent agents to comfort me and give me psychosocial support. The support continued after my return to Senegal and led to the purchase of materials for my business.” 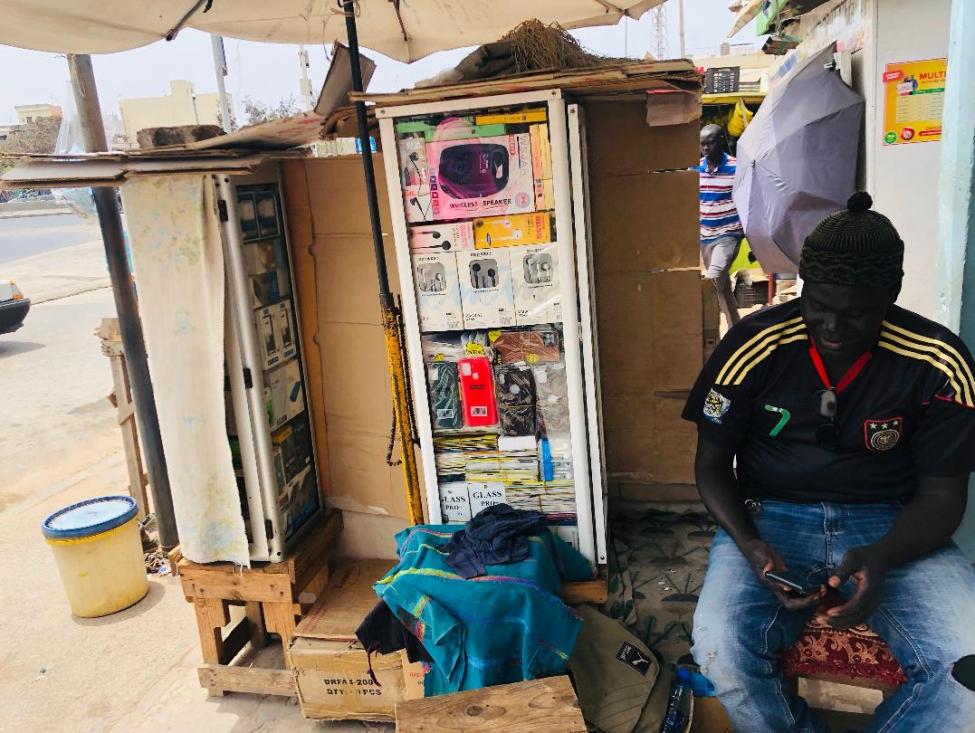 Moussa in his shop, two years after his economic reintegration. Photo: IOM 2022

After a long period of convalescence, and in the company of other migrants, Moussa returned to Senegal on 26 March 2019, with pocket money to join his parents, again with IOM’s support. IOM continued the treatment in Senegal and called Moussa and other migrants to a counselling session in Fatick.

Economic reintegration has since started. Moussa said he gained a lot of knowledge from the training provided by IOM. “The counselling sessions helped me to be more motivated about my future plans. Together with the other participants, I felt less lonely and more resilient after the hardship I went through. I have become more entrepreneurial and have a better understanding of how to run a business.”

Found at his workplace, Moussa reveals: “For more than two years, I have been in the business that IOM helped me to set up, and I am not complaining because I am managing to solve my problems. I am optimistic about the future of the business.” The sale allows him to support his family in Touba. He would like to expand the business, which is his passion, but family expenses are heavy. Nevertheless, he makes it through without any debts and for him that is the most important thing.

This article was written by Madjiguene Faye, IOM Field Facilitator. She has been part of the network of Field Facilitators and Trainers since January 2020 for the central area in Senegal. She is in charge of the reception, referral, coaching and implementation of economic projects of the EU-IOM Joint Initiative beneficiaries.