Between the Sahara and the Sahel, cultural festivities in Agadez are strengthening cohesion bonds

A short opening prayer commonly known as Fatiha and a few beats of tendés, a traditional Tuareg drum, mark the onset of the Bianou festival in Agadez. The sound of the imzad, the traditional single-stringed fiddle of the Tuareg Berber music, pierces hearts and souls across the desert city of Agadez.

The intense heat and the dust raised by the crowd do not dampen the excitement of the festivities that draw people of all ages.

In a parade, warriors proudly display their outfits, weapons, spears, and canes, all adorned with traditional leather. With their accordion-shaped scarves, the knights ride the most beautiful horses in the region.

Located in northern Niger, between the Sahara and the Sahel, the Agadez region celebrates the Bianou festival yearly. It is one of the biggest festivals in the country. Celebrated since the Middle Ages in the region, Bianou coincides with Achoura, a religious event in Islam to commemorate the first month of the year in the Muslim calendar.

Bordering Algeria, Libya, Mali, and Chad, the Agadez region is characterized by a strong mix of different cultural groups, both from the different ethnicities that it comprises, but also for its geographical position, which makes it a migration crossroads for many people from sub-Saharan Africa trying to reach or returning from North Africa.

The festivities, which this year were held over three days, provided an opportunity for all communities to come together, bond, and celebrate local traditions and heritage.

"Many Agadeziens come back home to celebrate Bianou, regardless of where they are. It is a festival of fraternity, of conviviality, where all the communities meet around the festival-goers and the caravans that cross the whole city," says Abdourahmane Elhadji Touraoua, the Mayor of Agadez. 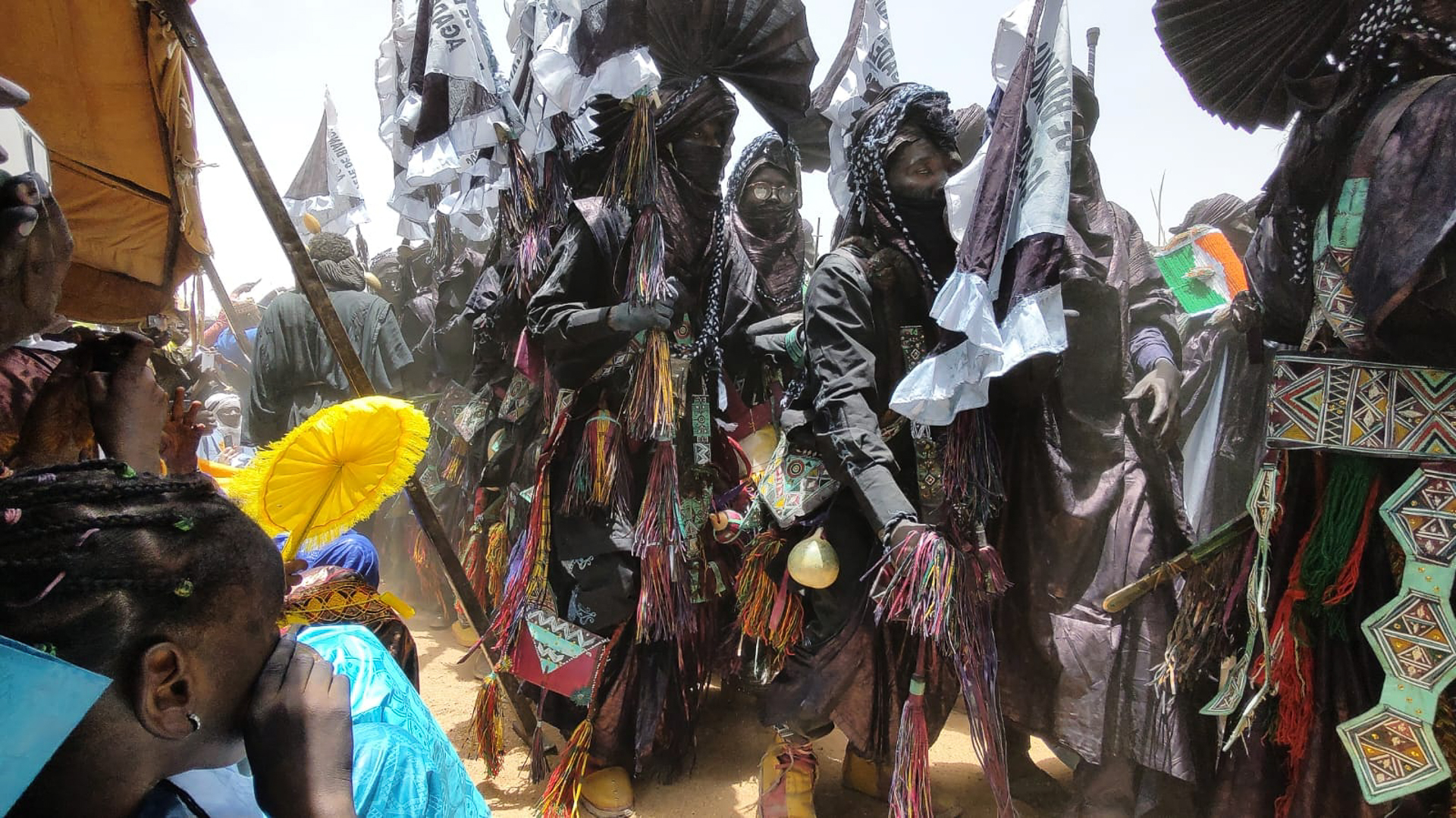 Today, this festival brings back life to the city of Agadez, which used to be a popular destination for tourists.

At the head of the Bianou festival is the Sultan of Aïr, who is the custodian of culture and tradition in Agadez. Together, local and regional authorities and community leaders seize this opportunity to promote social cohesion between the different communities. 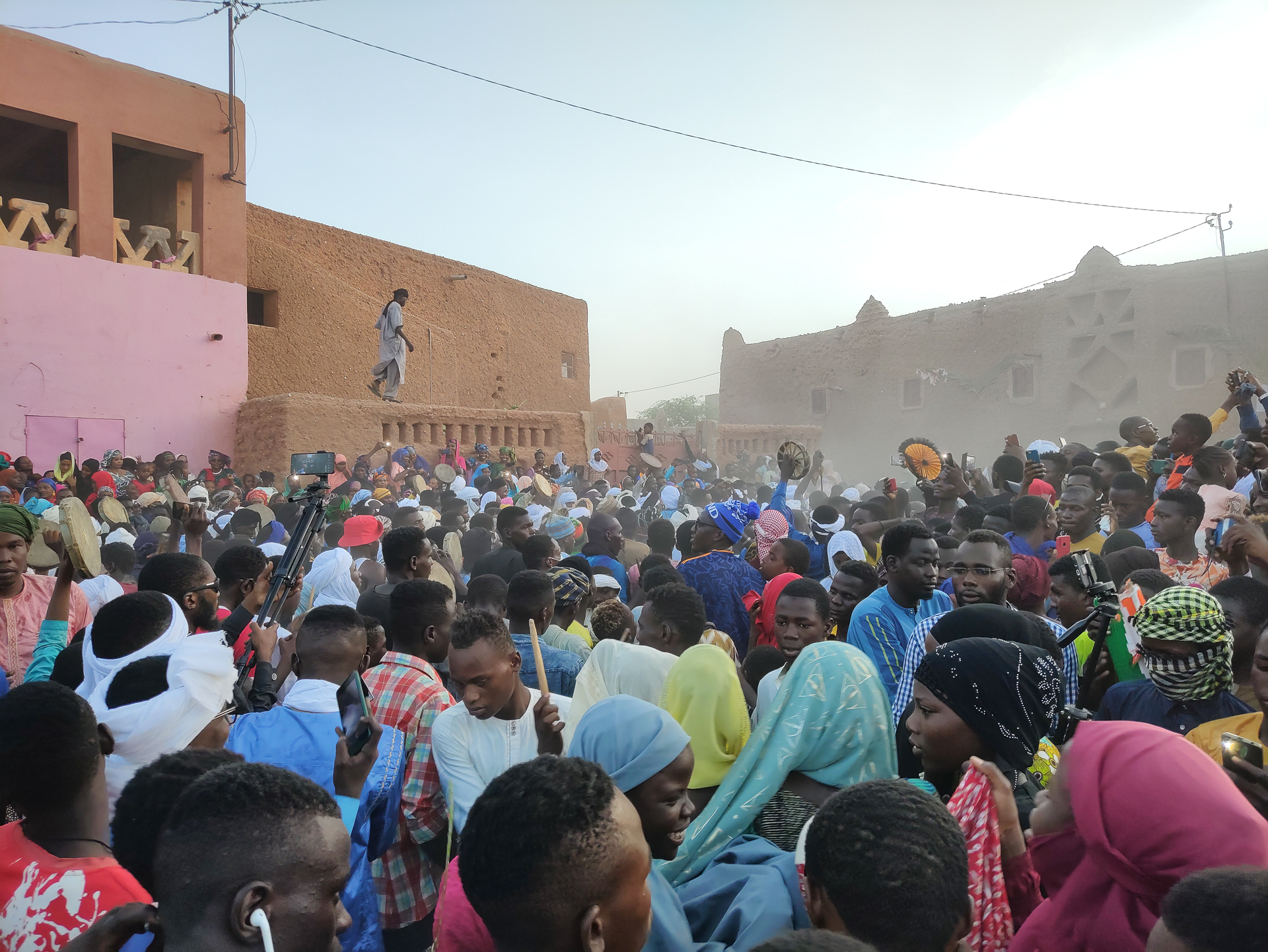 "We are increasingly getting engaged in the festival's organization to make it bigger and reach more people. There have been several innovations, such as training sessions we started organizing during the festival on the culture of Agadez, on positive behavior, and on tolerance to raise awareness of peaceful coexistence among the various groups," adds the mayor.

"Agadez is a migration hub. In recent years, it has demonstrated its hospitality to various migrants, including the most vulnerable who have found themselves stranded on their migratory journey. This quality has significantly contributed to the resilience of the region, which faces many migration challenges," says Barbara Rijks, Chief of Mission of the International Organization for Migration (IOM) in Niger. "The Bianou festival, like many other events in the region, symbolizes this hospitality and the spirit of unity and shared prosperity for a better future."

In addition to promoting social cohesion, the festival also boosts the local handicrafts for which the Agadez region is famous, and employment and entrepreneurship opportunities that can contribute to the region's economic development.

"We also organize fairs and exhibitions during the festival. Ninety-eight per cent of the products that make up the decorations and clothing of the festival-goers are handmade; the drums, the spears, the costumes, the swords, the shoes. Everything is made locally," says the mayor.

As in previous years, the steering committee ensured the participation of the different communities in the Agadez festival.

Togar, a Liberian migrant, was part of a group of 40 migrants from IOM's transit centre in Agadez and from the city that took part in the festivities. For two days, dressed in traditional festive outfits, turbans, shoes, and leather decorations, the transit migrants immersed themselves in the Agadezien culture.

“We felt excited to be part of the festival. The communities were very welcoming, and we were caught up in the euphoria of the celebration. The migrants were highly celebrated, and the people integrated us,” says Togar.

“We even had the opportunity to meet the Sultan of Aïr. We often heard about him, yet we had never seen him and to see him in person and to be able to talk to him was a unique experience. It was a great experience, and I pray such initiatives will continue and that migrants can participate in similar events in the future,” he adds. 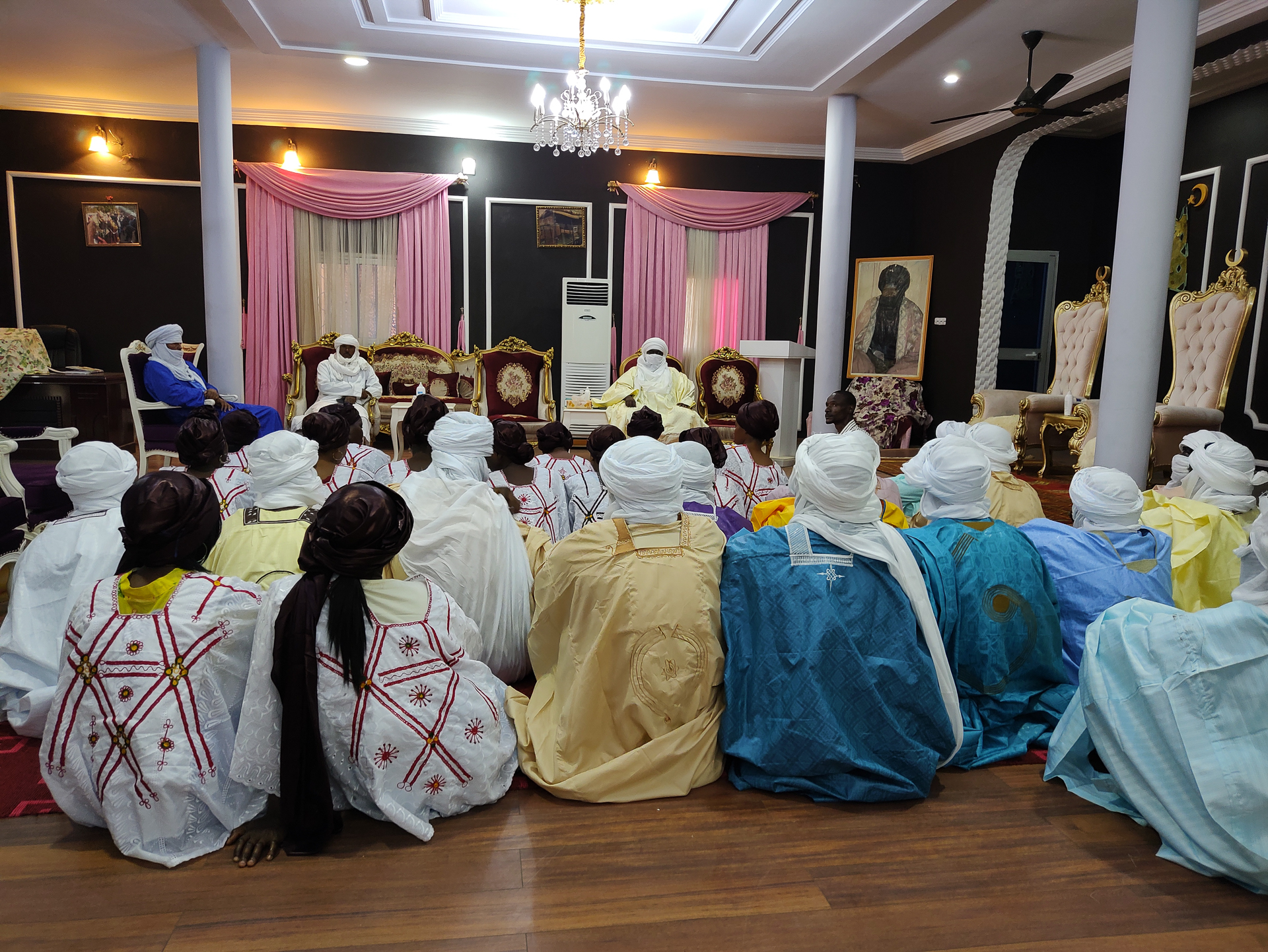 The group of 40 migrants was also invited for a personal audience with the Sultan of Aïr at his residence. This invitation was followed by a joint lunch at the municipality, a meal shared with local and regional authorities, women and youth representatives, and community leaders.

"We ate together, we exchanged stories, and many forgot that they had left home. Unity, fraternity, and love for each other were expressed, and this moved the participants. The migrants felt integrated into the community of Agadez. They understood that they were considered the same way as the people of Agadez," says the mayor.

Today, the city of Agadez is taking on the challenge of expanding this festival to make the city a global tourist and cultural destination where everyone can feel Agadezien, regardless of their origin.

IOM supported the organization of the Bianou festival via its community stabilization (CS) programme with funding from the European Union Trust Fund for Africa. The CS programme supports the resilience of host communities along migration routes by strengthening social cohesion, livelihoods and access to public services.